Walk Your Dog For K9 Cancer 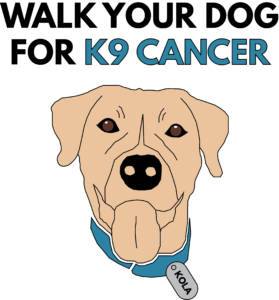 We are hosting an annual walk/jog/run event supporting a local pet and their owners in need. This year the event will benefit Kola a lab mix that has cancer effecting her 5th nerve ending.

We plan to have the race in person however if COVID-19 does not allow that to happen the event will be virtual and your shirts will be mailed directly to the address you enter when you register. 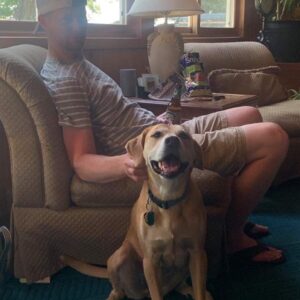 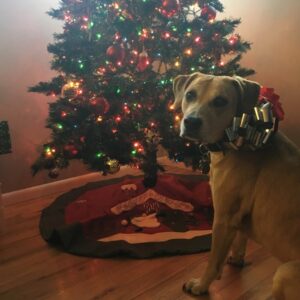 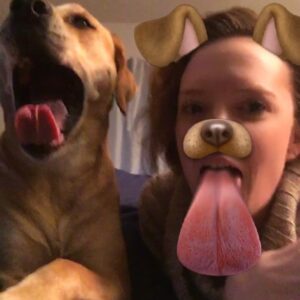 100% percent of all fundraising, donations, and proceeds from the Walk Your Dog For K9 Cancer will benefit Kola's fight against cancer and fund her radiation procedure.

For those of you who know our rescue dog Kola you know that she has always been a healthy, super energetic and playful dog. When we noticed a lack a energy in her around Memorial Day we weren't sure whether something was wrong or if her never ending puppy energy was finally starting to wind down.

About 2 months ago we noticed a small dent on the top left part of Kola's head that seemed to have come about overnight. After a few weeks the dent grew to the size of an egg and shortly after that another egg size dent appeared on her right side. We took her to the vet the first morning after noticing the regression on her head and have since gone to 5 vets including Ohio State, MedVet, a holistic vet and 2 locals vets to confirm/refute the initial diagnosis and find the best value for getting her treated.

What we found is that she has cancer effecting her 5th nerve ending which is causing the muscle dystrophy however we were so excited to hear that the vets believe this is easily curable with radiation and that she will have many more years to live a healthy and great life! Then we asked how much it would cost and the response was staggering $10,000-13,000!

We have been trying tireously to figure out a way to come up with the money for the procedure and sadly have had to halt with moving forward until we have the needed money. In the meantime we have switched Kola over to a raw diet and a plethora of supplements. The amount of time and money in this is staggering in itself.

With the cost of getting Kola treated, vet bills already accrued and the raw diet we are in need of financial help.  In a normal year this would not be a problem as Oliver owns a successful sports and race event business and I (Ashley) am a high school math teacher. COVID unfortunately has shut down Oliver's business as mass gatherings are limited to 10 people and permits are not being issued for 5k (or any distance) race events so no money has come in all year. Fortunately I am still employed but we are now both living off of a teacher's salary which is not enough to afford the procedure.

We know we have a ton of emotional support behind us and hope that through the generosity of our friends, family, race community and dog lovers we can raise enough money to get this procedure done before it's too late. We thank you all so much!

REGISTRATION FEES
$20 for any race.

If you would like a race shirt the cost is $20 and if the race cannot happen in person it will be mailed to your house free of charge.

For more information on the event please visit the link below or feel free to call or email:
https://www.gofundme.com/f/help-save-our-kola-girl